How did you end up at Getsafe?

That was a funny coincidence. I've known Christian, our founder, for a long time because I used to work for him on a project as a freelancer. After a few years I contacted him via Facebook when I saw an advertisement of the first Getsafe prototype. I just wanted to tell him that I thought it was cool. It quickly turned into a job offer. I've been at Getsafe for two and a half years now.*

What did you do before that? Are you trained in photography?

Before I came to Getsafe, I studied digital media. I don't have any real training in photography, but most of what I know I read and acquired myself. During my studies I learned a lot from my fellow students who were photographers or had a lot of experience in this field. After my studies I lived in Canada for one year and worked there for six months as a barista in a very popular bakery in Vancouver. And after that I mixed margaritas every day as a bartender. One week after I came back to Germany, I was sitting in the Getsafe office in Heidelberg. I had already had my job interview while I was still in Canada. 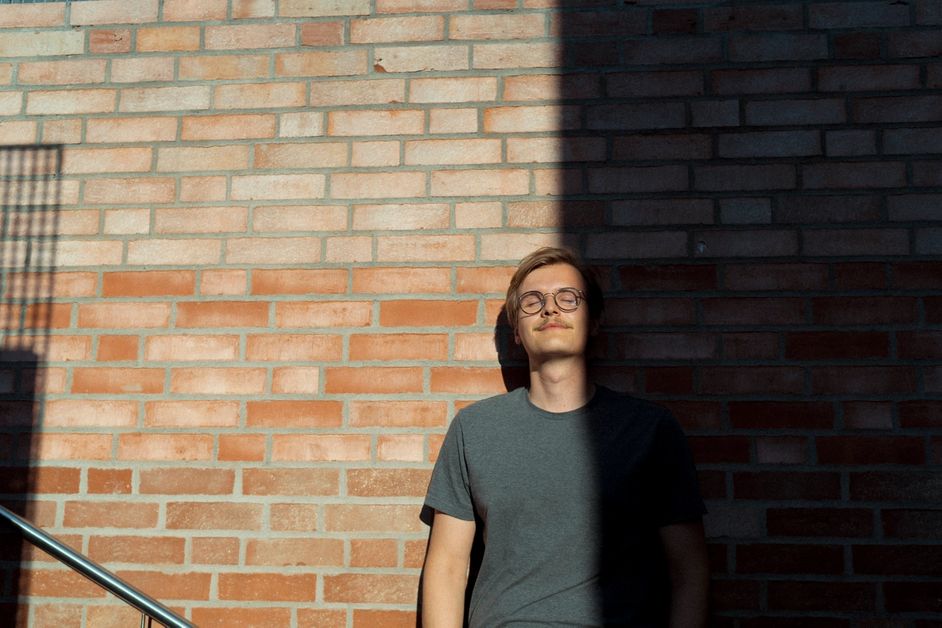 Since May, Getsafe has a new brand. Now you recently had the first campaign photo shoot. How did it differ from previous shoots? How was it for you?

It was exciting. When I took lifestyle photos for the old brand, the main thing was to convey a positive feeling. So I was able to shoot the photos freely. But I was always lacking a bit of direction, because the old brand was not yet refined. We didn’t have a colour palette to use for the photos and the emotions that we wanted the images to convey were not really tangible. This time it was completely different. With the new brand I had set a strong direction, and now I could apply this to the imagery. This involves good preparation: scouting special locations, casting models, hiring a make-up artist and choosing the clothing.

It seems like it would be difficult to capture insurance in a photo. How do you do that?

I enjoy looking at the work of other photographers whose style I like and, above all, whose photos touch me. Our new photography style, Accident Happy, embodies the moment when something unexpected happens. I asked myself: How can I make this Accident aspect stand out as a visual characteristic in the picture? In the end, I tried out different perspectives, lighting and clothing. 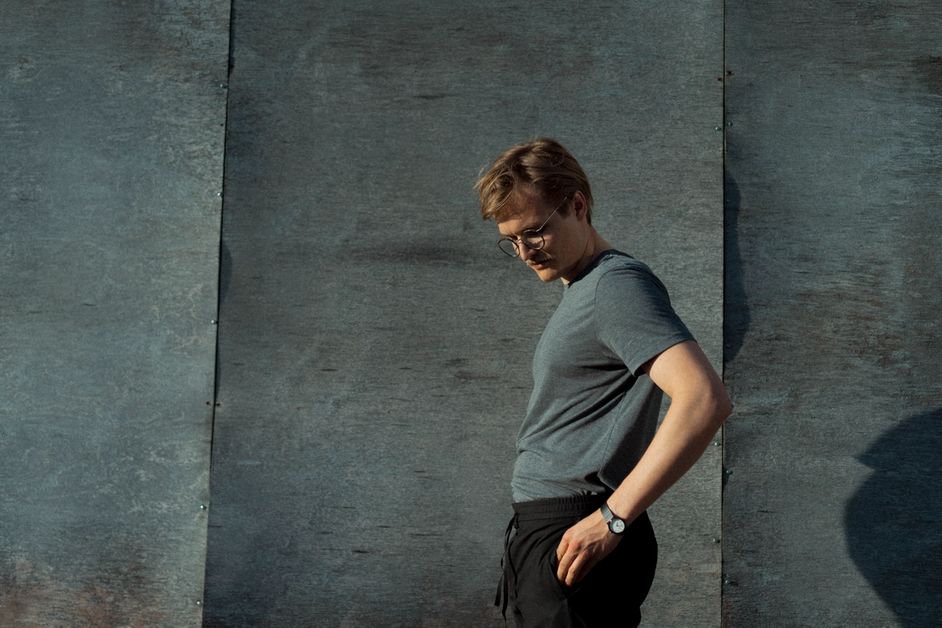 As a photographer, do you have a special relationship with light?

Absolutely. Light is often unpredictable. I am always surprised how difficult it is to control. And in the photo it always seems different than you expected. With artificial light you can of course control a lot. But working with flash is more difficult than with continuous light. Also in nature you always have unpredictable nuances and light colours. Certain reflections from rocks or a water surface – these are the occasional lucky, random effects that are difficult to recreate in the studio.

What was the most exciting thing you've experienced at Getsafe so far?

After working for a year at Getsafe in photography and marketing, I became product manager and helped lead feature development for the app and web. It was a very interesting experience. The most complex project for me so far was the rebranding of our app and website. I learned how to work in a structured way and found that only when everything is perfectly prepared and organised can you really be creative. 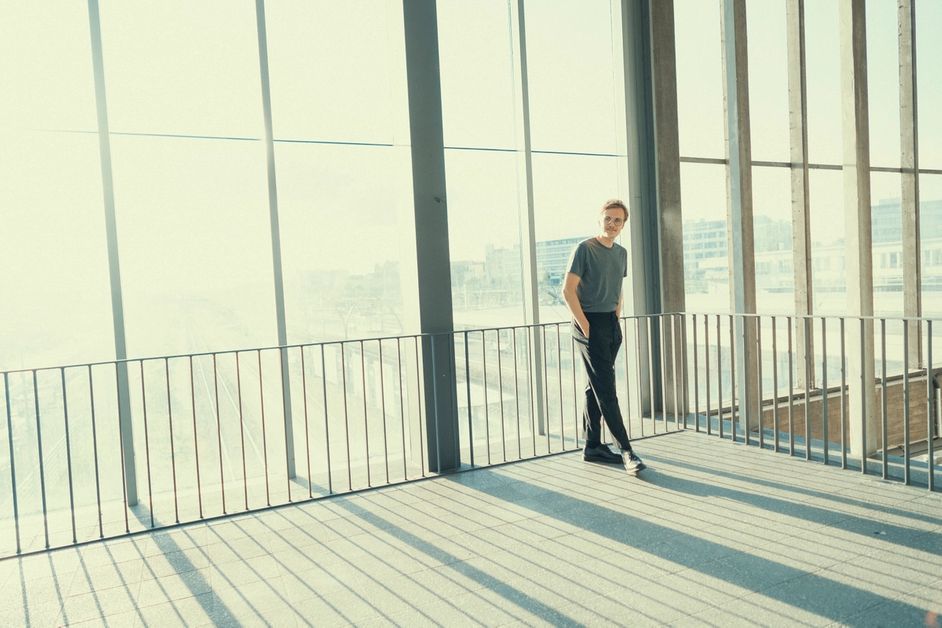 What are the typical tasks in your everyday work?

A lot of my work is about strategic orientation. That includes questions like: What is coming in the next six to twelve months? How do we want to visualise products? What budget do we want to spend on it? A special challenge is to estimate the requirements of the teams for the next months.

However, preparing for a shoot also involves to a large extent tasks of a project manager: For example, some locations require official permits in advance to be allowed to be there and take pictures. Last time I had to approach a local farmer because I wanted to take pictures on his biotope meadow.

If a fire broke out in the office, which three objects would you rescue from the building?

The table football table, my camera, of course, and my favourite colleagues.

Who are your favourite colleagues? 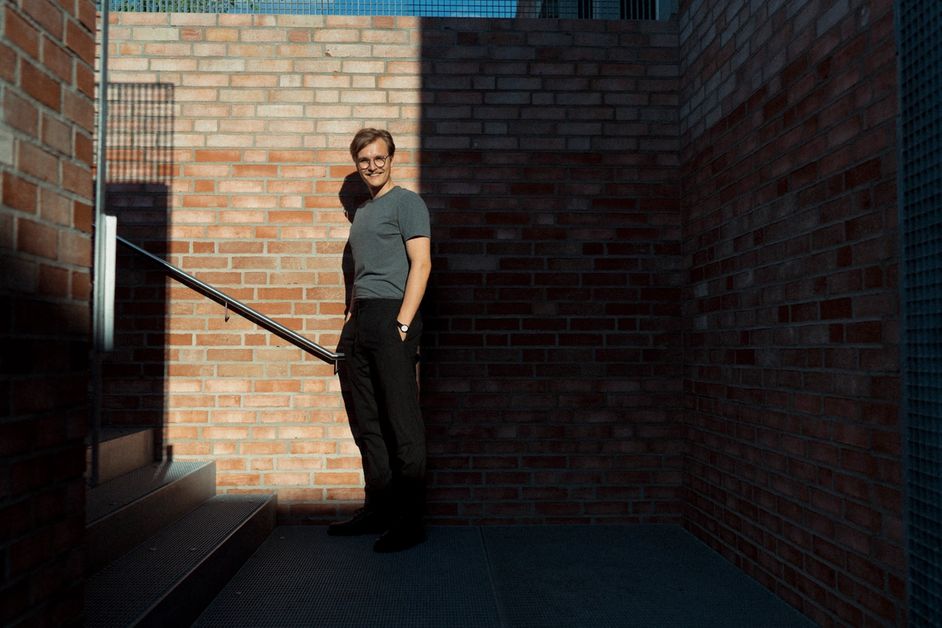 If we asked your favourite colleagues, what do you think they would say are your most annoying and most pleasant qualities?

What is pleasant about me is that I like to support others and am helpful. But I also like being ironic or cynical. I enjoy provoking. Of course, not everyone enjoys that at first. But the best way to reach people is with wit and irony if you want to encourage them to think about things. A colleague once told me that I always make connections between things that other people would not normally connect. It’s very important to me to question habits and routine procedures and not blindly follow predetermined roadmaps – even in the creative field.

Is there anything else you would like to say?

I would like to take this opportunity to give a shout-out to the PR team, the UX team and the Brand Design team. (laughs) No, that's too awkward, don't put that in the article.

Curious about a job at Getsafe?

*In the meantime, Friedo has started new adventures beyond the insurance industry. If you would like to get in touch with him, keep your eyes open on LinkedIn or Instagram.