“Define the vision, own the strategy, ship great products” — these are perhaps some of the most commonly uttered phrases in any product management (PM) job description. While they do capture much of the essence of what PM entails, those of us who are less familiar with PM as a discipline may find words such as “vision” or “strategy” a bit abstract and difficult to relate to.*

So what is a product vision?

When one googles around for “product vision,” many different definitions pop up in various sizes and flavors. To thoroughly understand the idea of a vision, it is important to also understand two other concepts: strategy and tactic. I prefer to simplify as much as possible and make things easier to understand, so here is how I would explain these concepts to a product newcomer:

Illustrating via an Analogy

Let’s use an analogy to make things a bit more concrete. Suppose I would like to plan an exciting Christmas getaway with my girlfriend this year. I’ve often heard from friends about how Strasbourg turns into a magical place during this time of year with its elaborate Christmas market. So I begin planning a trip from Heidelberg to Strasbourg by pulling up Google Maps to start scoping out how I would go about getting there. After a quick dance with the loading spinner, Google Maps presents me with many different options for how to get from Heidelberg to Strasbourg, including going via car, transit, or even bicycle. Each transportation mode comes with several different routes that I could take, depending on my preferences.

This user interface captures the essence of “vision” and “strategy” very well. In this case, I have the vision of “an exciting Christmas getaway in Strasbourg,” and Google Maps helps me understand the various strategies I could employ to get there (i.e., mode of transport and route). Just like in the realm of products, there are often several different routes that one could take to arrive at a single destination.

We can continue expanding on this analogy by choosing a transportation mode, then selecting one of the routes. At this point the user interface outlines detailed turn-by-turn directions for the route that I have selected. These steps represent the tactical features or milestones that I must achieve to stay on course with the selected strategy: in order to follow the route that Google Maps recommends for driving from Heidelberg to Strasbourg, I need to carefully follow each turn that it prescribes. Another way tactics play into this analogy could be ways to prepare for the trip so as to minimize the need to stop along the way, such as filling up the gas tank before leaving, or bringing lunch to-go. The message here is simple: to properly execute against a product strategy, we need to utilize the right tactics and make sure they add up to something bigger.

Six Reasons for Having a Product Vision

Now that we have discussed what product visions are at a high level, hopefully you understand why they are so important. For those who are still skeptical, there are many practical reasons why you should have a product vision. I will highlight six of my favorite reasons below:

1. Visions are a Prerequisite for Change

In 1997, the late Steve Jobs narrated a famous TV commercial for Apple called “The Crazy Ones.” The spot ends with him saying: “…the people who are crazy enough to think they can change the world… are the ones who do.”

This quote has always stuck with me because it captures the idea that innovation always starts with someone who believes he or she can create something and change the world. In order for me to have an amazing Christmas getaway in Strasbourg, I need to first have the idea of going on such a trip, and then believe enough in it to then act on it. Similarly, in order to create a new product that moves humanity forward, someone must first come up with an idea of how to do so and then act on it with conviction.

As children, one of the school games that left the deepest impression on me was “Telephone,” where the teacher lined up all of the students in a single row and then whispered something into the ears of the first student. Then, the teacher instructed this student to pass on the message by whispering into the ears of the student immediately next to them. This process repeated until the last student in line finally received the message. It was always surprising how different the initial message was from what the last student reported.

This game has taught me a very simple yet important lesson at a young age: communication is hard. It is especially difficult at scale, where complex ideas must be conveyed across many different teams and organizations. Within the context of a tech start-up, how can we make sure that the vision our founders have in their heads is clearly understood by the entire company so that we can collective execute toward this common end goal?

This is where the product vision comes in — as a team, it is crucial for us to develop a clear and concise vision that conveys the essence of our shared end goal. We should then regularly use this vision in our communication to maximize the chances of everyone understanding the same version of the vision. Each word in the vision statement should serve a specific function toward guiding the team, rather than needlessly adding complexity or further diluting the message. If we do this well, any single team member should be able to articulate an understanding of the vision that matches what the founders had in mind when they founded the company.

As companies grow, the responsibilities of team members tend to become increasingly specialized over time. On a day-to-day basis, this means that people will spend most of their time working on a specific part of the vision and become an expert in that area. While this phenomenon is an important part organizational evolution, it is important that each team member retains an understanding of how their part fits into the overall collective goal. A well-crafted and clearly communicated product vision can serve as an important tool for aligning groups and empowering team members to make better decisions independently.

Different people can have varying perspectives of the same reality. Because of this, a product vision is often the single most empowering tool you can give to your team. Given the same end goal, every team member may have a slightly different view on it, enabling them to then use their own imagination to work toward it in a slightly different way. Thus, a well articulated product vision can be the key that unlocks the maximum potential of your team. When this is done effectively, the collective intelligence of the group will always outperform any individual person regardless of how smart that person may be.

The product vision is the end goal of our journey, therefore it is naturally the single most valuable reference point for differentiating motion from progress. If we ride a horse with our eyes closed, it would be difficult to tell whether we are getting closer to our final destination or not. Conversely, if we know where we want to go and do a pretty good job of keeping our eyes on the prize throughout the trip, we will have a much better idea of whether we’re getting closer to the end goal with each milestone that we achieve.

Similar to #5 above, a product vision provides a quick and simple way to articulate tradeoffs between ideas and make sure we are focusing on the things with the most impact for our customers. It helps articulate the amount of “user value” that any given project delivers because everything we do should slightly improve the status quo and move the world closer to the new reality that we’re trying to create. The product vision serves as a crucial reference point for identifying which ideas have the most potential to deliver impact.

Hopefully you’re now convinced and eager to start creating a product vision of your own. The next section discusses some tips for how to go about doing so.

How do I create a product vision?

Vision is about telling a story. When I lived in Seattle, I used to attend this wonderful meetup called “Fresh Ground Stories” hosted by a man named Paul Currington. It occurs monthly and operates like an open mic specifically for storytelling. Thirty minutes before the event begins, anyone can put their name into a box and sign up to tell a story as long as the stories are real and about the individual themselves. I once signed up to tell a story; I was very nervous so I asked Paul for some advice. He smiled, then calmly said: “Always know your last line before you begin.”

As I continued working in product over the years, I’ve found this advice very helpful for articulating product visions as well. Within the context of storytelling, your last line is your end goal. It is how you want to leave the world when you are done. Similarly for product, your vision is what you ultimately want to achieve. It is the summary of how you envision the world looking like when you have finished creating what you’re creating.

At this point, we get into some territory that can be tricky to explain because there isn’t really a “right answer” for how to go about coming up with great product visions. There isn’t a checklist of specific tasks to complete that will ensure you have a 100% success rate for creating world-class product visions. Similar to telling a story or writing a novel, product visions can require lots of imagination and creativity, and inspiration for doing so can come from anywhere. Thus, the approach I would like to take in this article is to introduce some sources of inspiration that I have found helpful over the years, then provide some structure for how to organize them.

There are two primary buckets that I categorize sources of inspiration into: intrinsic and extrinsic.

Intrinsic inspiration comes from within. They are ideas and feelings that I notice within myself, which I then try to tie into the product that I am working on. Here are some examples:

Extrinsic inspiration comes from the surrounding. They are observations about the world that could inform the next step in an ever-evolving society. Some examples here are:

*In the meantime, Patrick has started new adventures beyond the insurance industry. If you would like to get in touch with him, keep your eyes open on LinkedIn or Instagram. 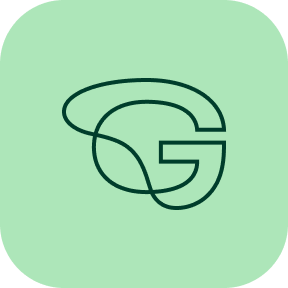