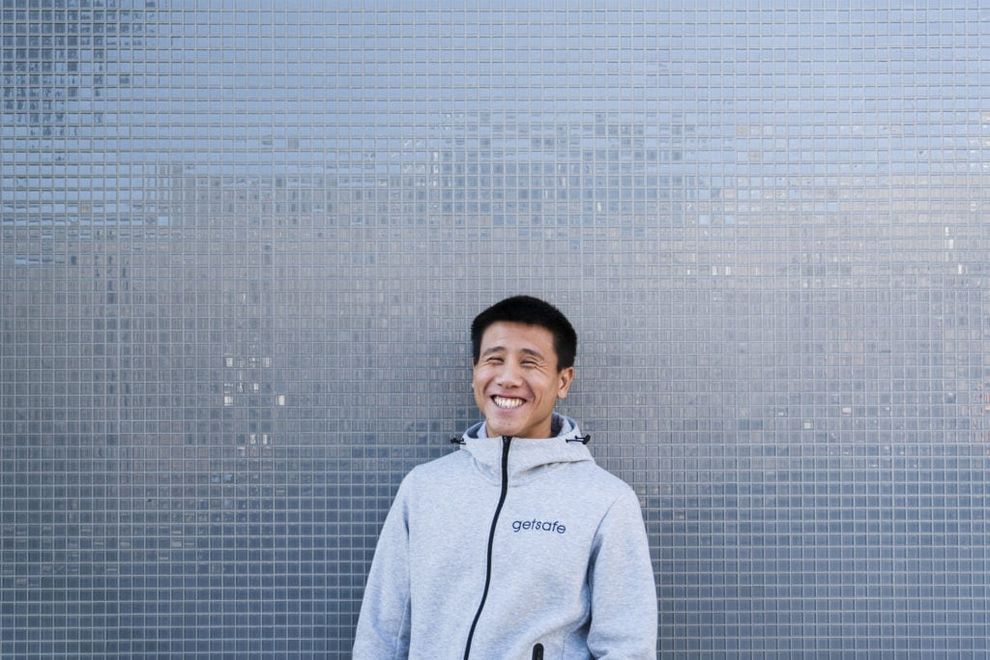 Patrick, you are VP Product at Getsafe – What’s your vision?

When I think about how insurance came to exist in the world, before there was software or financial engineering, I picture this story of a community of farmers who all relied on their crops a living. When an accident or disaster happened to one of them, the rest pitched in and made sure no one starved. Over time, it became clear that the community needed what we now call “risk distribution,” which is really just a fancy way of saying “empower the community to help its members recover from disasters.” I can sort of imagine that story evolving into something more formal, where all of the farmers now had agreed to deposit food into a food bank each month, with the idea that it would serve as the emergency supply for when something bad happened. Then, that evolved into a business similar to what we now call insurance companies.

So the question is, how did we get from such a noble and benevolent origin to a world where insurance companies are viewed as sleazy, sales-driven businesses that are just trying to make as much money as possible?

To me, there’s a very large gap between that initial starting place and where things are today. We want to bring insurance back to its origins. Our vision is to reinvent insurance and make it easy for people to understand how it fits into their lives and why it is good for their community.

Interesting point of view. So what brought you to Germany?

I think I may be the luckiest person in the world because two major life opportunities aligned for me! I met my girlfriend during a liveaboard trip diving the Great Barrier Reefs in Australia. She’s an apprentice midwife in Heidelberg, and we were long-distance for about a year and a half. After a few months of being long-distance, we started to think about how to not be so far apart anymore. Being the amazing woman that she is, she looked around for jobs for me and stumbled across an opening at Getsafe. I decided to meet the team and was convinced that this is a great opportunity to join a group of talented, passionate people who are trying to make the world a better place. It’s a true blessing to have my personal and career goals line up so seamlessly!

What’s the difference in the way of thinking between a person from Seattle and someone from Heidelberg?

Seattle has really developed into a major tech city. Microsoft and Amazon are headquartered there, and Silicon Valley based companies like Google, Facebook, Airbnb, and Uber have all set up large satellite offices in the city. For example, I worked at Uber’s Seattle office prior to joining Getsafe, and they were investing heavily in growing their presence in Seattle. While that’s great for the local economy, tech community, and startups, it can feel a little bit one-dimensional for people who are looking for a more diverse social network. Heidelberg has drastically different demographics and is also very international. In my evening German courses, for example, our class of about a dozen consist of expats and students from five different continents.

With regards to tech, the US culture tends to be a bit “fluffier.” There is a lot of focus on articulating grandiose visions and story-telling, but often times execution can be scrappy, and at times, sloppy. Here, I see engineers putting a lot of focus on the “inner beauty” of the product to make sure things are well-built and reliable, but of course that comes at a cost as well. I think we can strive to achieve some balance between the two extremes. In order to change the world, we need to be crazy enough to believe that we can, and then follow that up with proper execution.

I think I bring some new perspectives to Getsafe, and hopefully, the Heidelberg tech scene. I grew up in Taiwan and learned my tech fundamentals in Seattle. I’ve also lived in Australia and travelled a fair bit in my twenties. Throughout all of these adventures, I’ve learned a lot about who I am and also gained appreciation for people from different cultures. I truly believe that the combination of these lessons and experiences will help us build a world-class team and deliver a one-of-a-kind product.

Do you think the earth is flat?

I think the Earth is flatter. While I generally agree that technology has enabled more people to have more opportunities, it is important to remember that not everyone started off in the same place. I am very fortunate that I was raised by supportive parents who provided food, shelter, and education for their children. I also haven’t experienced much blatant discrimination in my past. While these things may sound simple, we cannot take them for granted. Many people in the world today cannot consistently rely on these basic needs to be met, and we should all be empathetic toward this reality.

Thanks for your time, Patrick!